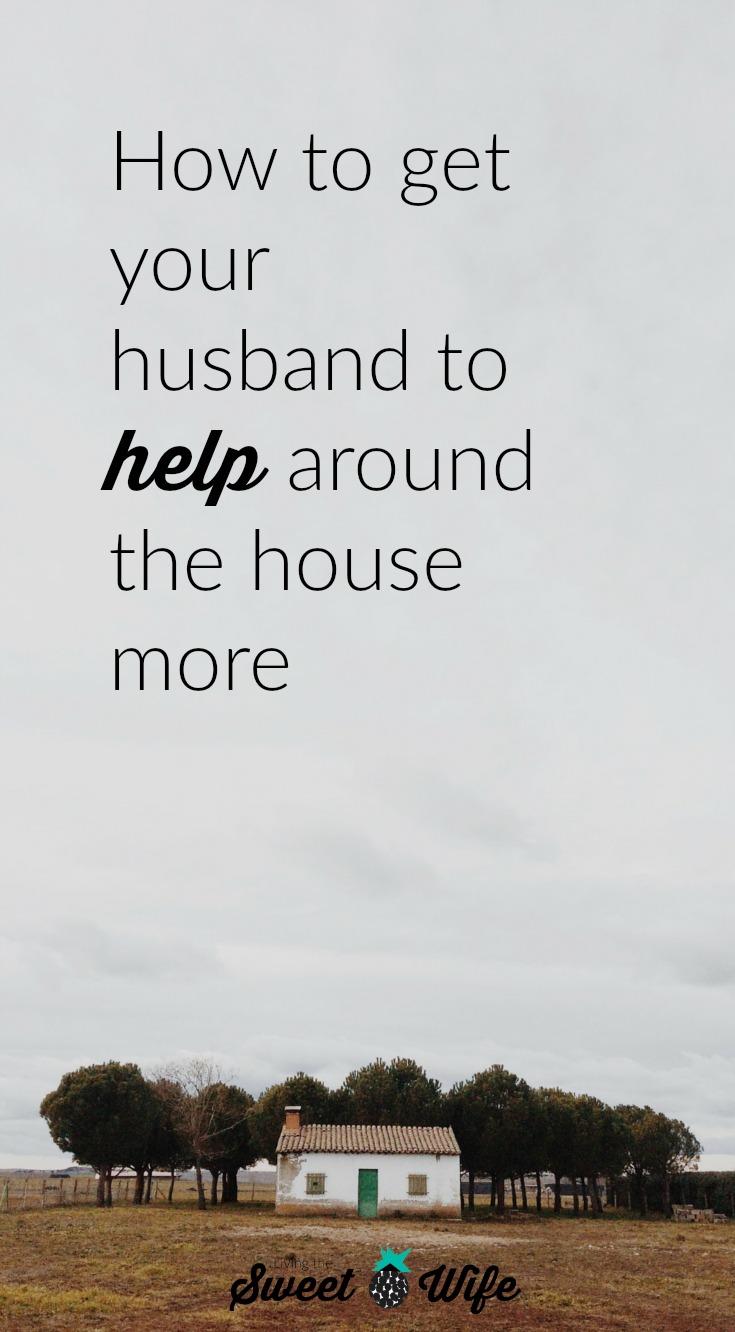 How to get your husband to help more

Have you ever been cleaning your home and wish that you could just make a clone of yourself who would care as much and do just as good of as job as you? Do you ever wonder why your husband just doesn’t take the initiative to clean up after himself or, goodness forbid, you? While our husbands are never going to be perfect housemaids, there are a few tips I’ve come up with if you’re struggling to get your husband to help out around the house…

It took me waaay too long to finally figure out that my husband wasn’t simply just trying to make me mad- he just wasn’t a mind reader! To be honest, I was probably just being stubborn. Deep down inside, I really really really just wanted him to figure out what he should do on his own… and then actually do it without me having to ask. Well after too many frustrated days and petty fights, I’m here to tell you that men are not, in fact, mind readers.  After too much time  wondering why my he never just took it upon himself to tidy up around the house, I finally discovered that one of the reasons why my husband never did was actually because he never noticed the mess. I know, you’re thinking, “Ok, suuure…” But really, though, there are certain messes that I think different people can be blind to. I hate when there are toys on the floor, but I’m totally ok with having clothes all over the bedroom. Take time to figure out if there are messes that your spouse is blind to, and then show extra grace in that area, and be extremely specific when you want something done about it.

Let him know your daily schedule

If you’re like me, most days you’re probably ok with doing a bunch of the housework. My husband works longer hours than me, I can do the dishes and laundry more often than him. But the times when I start to get frustrated with his amount of help around the house are the times when I have several things going on at once and I start to feel overwhelmed. Personally, at this very moment, I am a wife/mom, employee, blogger, and student. To say my plate is full would be an understatement. Letting my husband know that I have several assignments to get done later so I’ll need extra help around the house puts it right out there in the beginning that I expect a little more from him that day.

Give him plenty of time

It took me a long time to learn that my priorities in any given moment do not automatically sync up with my husband’s priorities. This was super hard for me to learn. If the first thing on my mind for the day is cleaning up before we leave for the weekend, but my husband’s is… something else that totally unimportant to me, I go from 0-60 in 3.5 seconds on the “Are you kidding me??” scale. There’s probably nothing that frustrates me more than when I think my husband should be helping me when he’s not. That being said, I can often forget that my husband may, himself, have a list of things to do that are important to him, and my list doesn’t necessarily trump all other lists.

I’ve found that it helps to ask, “What are you wanting to get done today?” and then I communicate my list of goals for the day. Before we even start on our tasks, we communicate what the other person can help with, that way no one is left wondering, “What are you doing and why aren’t you helping me?”

In short, plan ahead and communicate.

Make it clear he’s not doing it for you, but it’s his responsibility too

This is the single more important thing you can make clear when it comes to housework. Let me first say, however, that I have never believed that marriage is 50/50. If you do believe that, you’re in for a lot of, “That’s not my job!”, “I did it last time!” fights.

A huge part of making this point clear to your spouse is simply about the language we use to communicate what we want done. I’ve tried really hard over time to change my language from, “Hey could you tidy up for me today?” to “Hey could you tidy up today?” I do this because I want to make it uber clear that my husband is not cleaning up for me. He’s cleaning up because this is his home also, his mess also, and my sole job as a wife and mother is not to simply clean up after everyone. I’ve already started to try to embed this mindset in our less than 2-year-old son. He has to help clean up the toys he played with before bedtime.

Again, all that being said, there will be so many times in your marriage that you will have to do more than your share. The sooner anyone is able to swallow that the better. That goes for both spouses. There will be times when you’ll have to pick up the ball that was dropped or keep things from slipping through the cracks because your spouse wasn’t up to it this time around. If it’s a habitual offense, talk about it! Address the issue! But always, always show so much grace.

Again, this has almost everything to do with language. And attitude. Just listen to the difference between, “Why do you always leave your stuff lying around?” to “Hey husband, can you pick up your stuff when you’re done with what you’re doing?” Even though with both statements you’re just trying to get your husband to pick up his stuff, you can expect a pretty different reaction from your spouse depending on which phrase you use. To the first one, you’ll get a whole lot of defensiveness, backlash, and pushback, even if it’s just a simple talk. But even if your husband is good enough to not outwardly react any of those ways, you can be sure he feel a lot different about doing what you ask on the inside.

The second way of asking lets your husband know that you value what he’s doing right now, even if it’s relaxing- because we all just need a moment; but it’s important to you that he does what you ask. If you’re about to stick to just simply asking your husband to do a task, without implying frustrating character flaws, the attitude and atmosphere of your home will feel- to both of you- much more positive, open, and understanding.

Before I married my husband, I was under the assumption that most people were raised like me. Of course, my husband would have the same standard of cleanliness and the same desire for a clean-ish home. When I realized that we did not at all have the same standards, I was shocked and mad at him. Over time, however, I’ve found that both of our standards have blended and become normalized. I may allow for a little more mess around the house, and he has stepped up his game with helping out. Over time, and after open communication, we’ve come to our own standard of cleanliness and who does what, when. Normalizing your standards will happen when you’re able to be flexible and understand that having a clean and organized home is not the most important thing, you’re relationship with your husband is. There are many nights when I let the dishes sit in the sink until the next day because my husband wants to sit on the porch with me.

So tell me, what’s gotten your husband to help out? What has helped you to help him “get it;” that cleaning up isn’t just for you? Leave your thoughts and comments below and share with a mama in need! 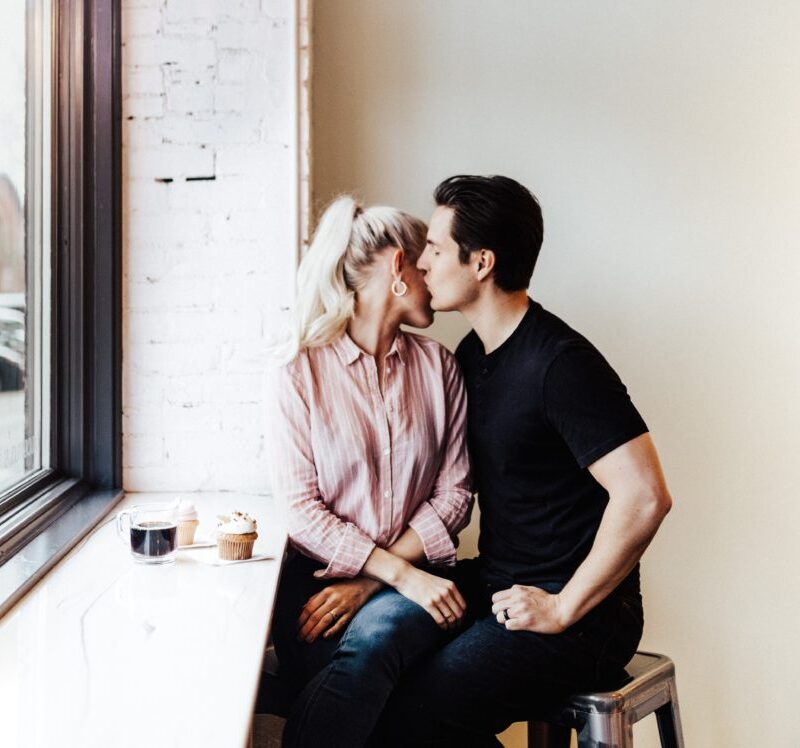 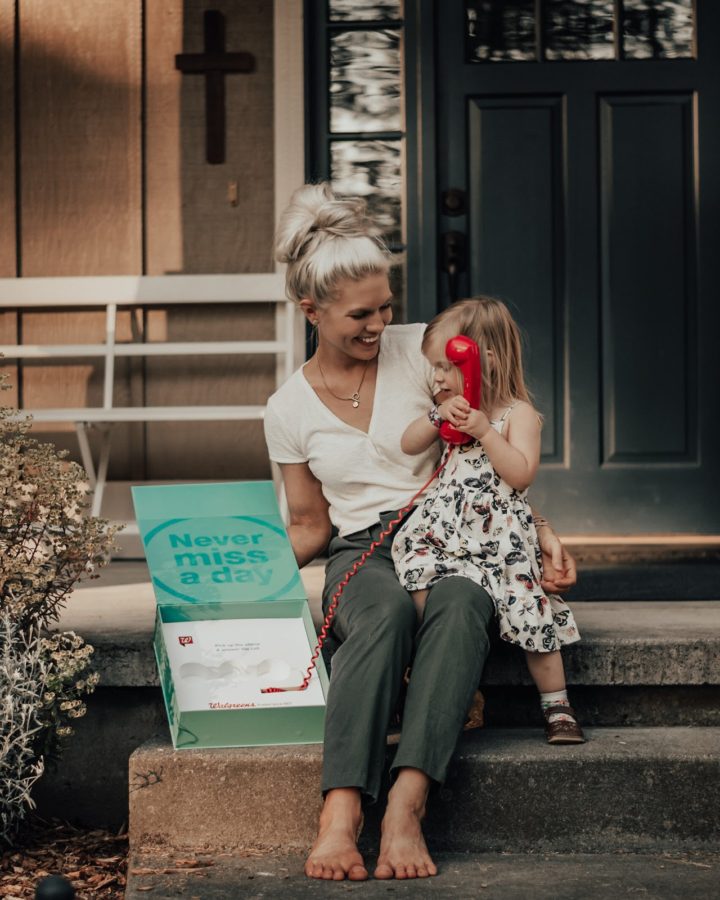 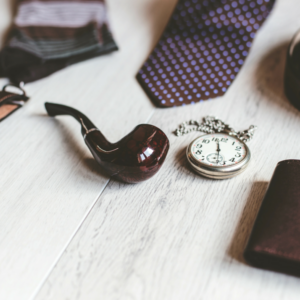 Why you should never ever, ever compare your husband to another man

Honest question: Do you spend any part of your day