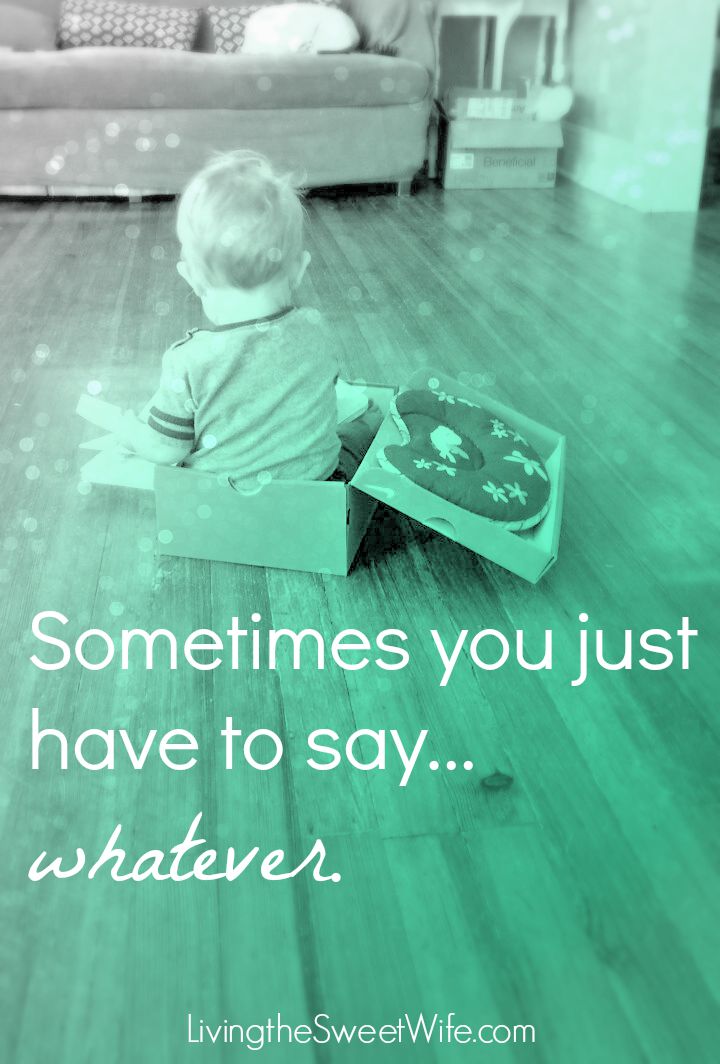 Sometimes with kids you just have to say “?!?!… whatever…”

When I was pregnant with David, I had such a picturesque portrait in mind of what it was going to be like to raise a child. His nursery would be Pinterest-worthy, he would be stylin’, his toys would be just as cute as they were educational.

These are the toys that are currently my child’s favorites:

As for the stylin’…

Today when I came home from work, David was wearing a white/brown/green t-shirt with pictures of puppies all over it accompanied by blue and black striped shorts and one sock.

And at one point I think David’s room was probably Pinterest-worthly, back when I was a nesting pre-momma. And that was probably really nice to come home to from the hospital. But that was a long time ago and a lot has happened since then…
Sometimes you just have to shake your head and say, “whatever…”

How to Survive Cold and Flu Season with Kids + My MIL’s Cold & Flu Tea Recipe!
Full Leg (Home) Workout for Busy Moms
25 Summer Activities for Kids + Radio Flyer Giveaway!
5 tips to get in and out of the grocery store in half the time!

In July 2013, Chelsea and Josh said their "I do's" on the beautiful windy coast of Washington State. They recently moved back to the beautiful PNW with their toddler and baby after living in Virginia for 7 years. They love being active, Netflix binges, and laughing.