Should you get married young? Or should you wait to get married? It’s a tough question that, in my opinion, doesn’t have a right answer. Couples work out because of their humility, willingness to work together, ability to forgive, and set goals.

That said, there are positives and negatives to when you decide to get married.

Growing with each other

When you’re young and you choose to join your life with someone, there’s still so much you’re still learning about yourselves. Many will see this as purely a negative (and we will talk about the negative side, for sure) but it is definitely a positive as well.

Two people who are older when they get married are bound to be more “stuck in their ways” for lack of a better way to put it. They’re used to doing the dishes a certain way, handling their finances a certain way, having their own friends, and their own level of independence. This can be good, but it will also likely lead to a lot of growing pains that an older couple will have to navigate carefully and intentionally if they’re going to make their relationship work.

On the other hand, a couple who gets married young will have the advantage of growing into who they are together and getting used to living together while they’re still more flexible.

Josh and I met at 18 and were married by 21. We were clearly not at the level of maturity we are now in our 30s but in many ways we were close from the start. We like to leave parties at the same time, have had the same expectations for finances and house cleanliness for as long as I can remember, and can just give each other a simple look and know what the other is thinking.

I’m not saying that older couples can’t do this, but it will probably be met with more friction later on in life.

Ok, I don’t love the term “baggage” because it implies that because someone has a history, they’re less valuable. Of course, we know that’s not the case. But I will say that longer personal histories often make life more complicated.

Of course, everyone is different and lives very different lives. But I think we all can agree that the longer a person lives, the more likely they are to have built a history with someone else. And that, too, isn’t negative in and of itself. But if that prior relationship is no longer a thing, there’s bound to be some painful memories tied to it.

All this to say, if you get married younger, you’re less likely to have lived a good amount of yourself with others, creating what could be painful memories that you have to take with you into your next relationship.

I want to clarify that I—in no way—see those who have been in past relationships and marriages as “damaged goods”. All people have intrinsic value that doesn’t grow or lessen because of the life they’ve lived.

What I am saying is that couples who start their lives together younger will likely not have as many broken relationships as those who get married when they’re older.

Having more energy in the early years

Ok so this isn’t universal but for the most part, it’s understood that when you’re younger, you have more energy. And it’s just nice to experience that phase of life with the person you’re going to spend the rest of your life with.

You might have more energy to travel, volunteer, go out at night, even have kids.

Josh and I had two kids before we were 25. And that did come with it’s own negatives. We were very low income and had to live with his parents for a while while we saved for a home of our own. That being said, now that we’re 30 and talking about potentially having another, it sounds like a completely different ballgame. I’m used to sleeping through the night, taking care of myself, exercising in the morning. If we have another child, those things won’t be possible again for a while.

It’s all trade-offs but I’ll never regret getting married and having kids young.

You can plan your future and work towards goals together

When you’re young, it can be really exciting to talk about and plan your future together. What’s even more exciting is when you finally reach a goal you’ve been working towards and anticipating for a long time. This, to me, is a great plus to getting married young. But, sometimes couples will feel a lot of conflict if their plans don’t work out for some reason or another.

You’re likely to start out poorer

Take it or leave it, but the fact is that if you’re younger, you likely make less money. Josh and I decided to work this out together. Friends we know got married young as well and decided to wait to have kids until they both had stable jobs, owned their own home, and were otherwise debt-free. Other couples we know waited until they did more of these things to even think about getting married.

It really depends on what you can handle. It is hard to feel strapped for cash at any point in your life, but it can feel especially frustrating if your spouse isn’t on the same page as you when it comes to their spending habits and how/if they like to save and invest money.

If you do decide to get married young, just be sure you go to marriage counseling and talk about many things that typically put strain on marriages, but especially finances.

You’re both still figuring out who you are

In many ways, I believe growing together is a positive. But – couples who get together in their late teens or early twenties are still very much maturing, learning how to live in the world, and figuring out who the heck they are.

This can be a beautiful thing if you navigate it well. If you don’t it could lead to an unhealthy codependence where one or both people don’t know who they are without the other. There is such a thing as healthy dependence. But couples who get together at a young age can much more easily fall into an unhealthy dependence since being together can eventually become all they know.

Want to avoid this?

If you do get married young, be sure to spend time with friends on your own from time to time, develop your own hobbies, read your own books, etc. Of course, it’s great to pursue interests together, but make sure you’re growing as individuals as well.

If you get married young, you’ll likely experience a lot of “firsts” together. First time buying a house, first time paying taxes, getting your first real job. And going through these together can be a great thing if you know how to approach these big decisions with maturity and also seek counsel from trusted friends and family.

But, if either or both people in the relationship lack maturity, you’re going to feel growing pains as you try to navigate these complicated situations and decisions together.

Getting married is also simply a big responsibility. And while the idea of having a wedding and playing house can be exciting for a while, couples will need to know if they’re really ready to live out the rest of their lives together—through the fun parts, the waiting periods, and the ugly parts.

It can be a lot easier to overlook red flags

Getting married at a younger age means you don’t have the same experience as someone who’s lived longer, potentially suffered from more heartbreak, and learned from their mistakes. Getting married at an older age might mean that you’re better at spotting red flags that a younger person could easily overlook.

You may not know what exactly you want in life

How often are high school kids forced to pick a college major at 18, only to figure out that they actually hate that line of work or they were only doing it because it was an expectation others had for them?

Getting married young can risk some of the same indecisiveness. If you were marrying someone who was going to school to get a great job, you might not be worried about all the debt that’s racking up. But if they decide to make a career change to a job that pays a lot less, the financial burden of paying off student loans will significantly affect your day to day life. This is just one example. Another could be what you want your family to look like (kids, no kids, adopting, etc).

Older couples tend to know what their short and long term goals are and will likely communicate those to a partner before getting married making them much more likely to be on the same page about what they want and what’s a deal-breaker. 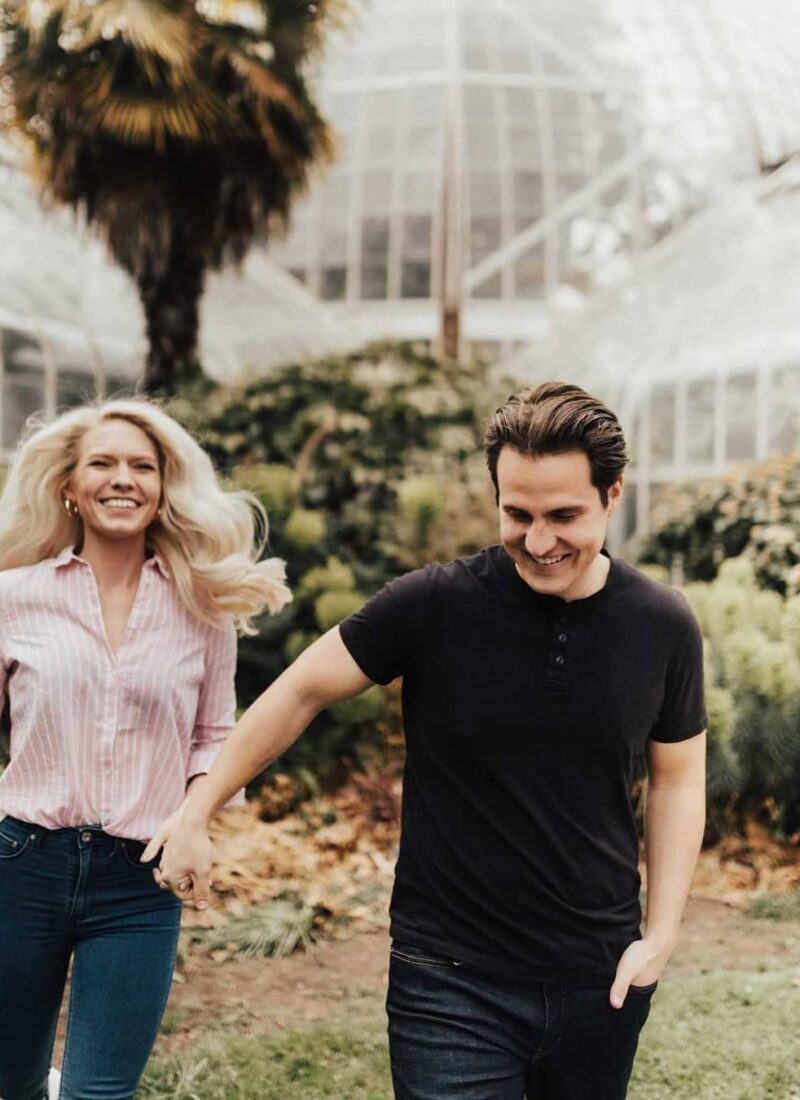 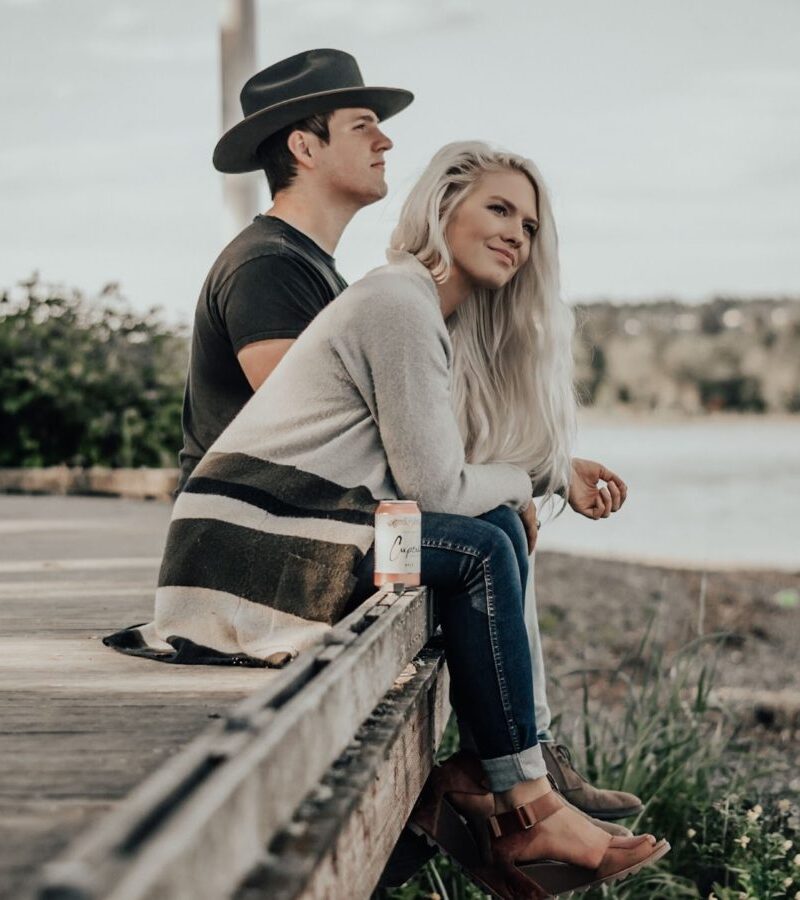 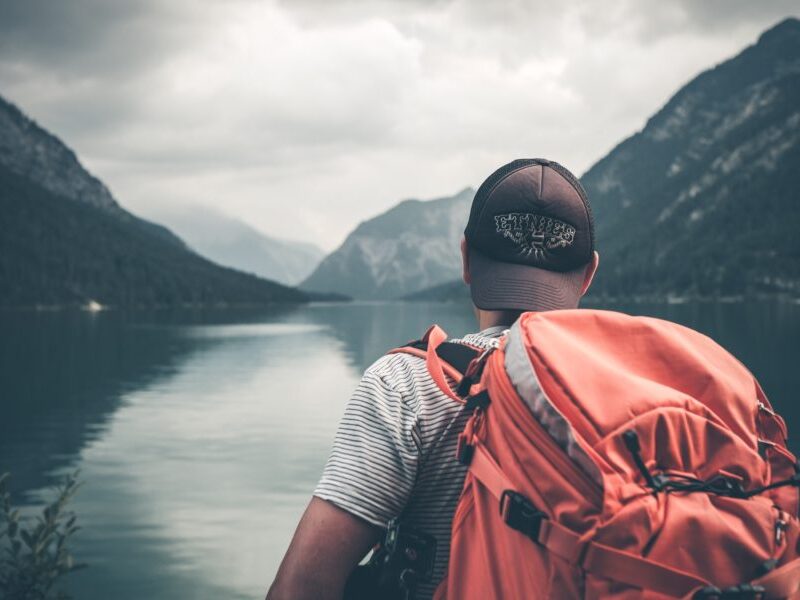 Reader Question: What do I do When my Husband Wants to Travel Without Me? 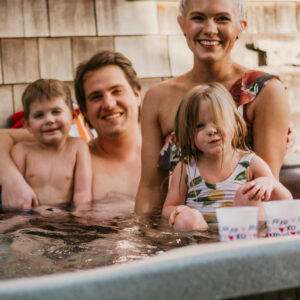