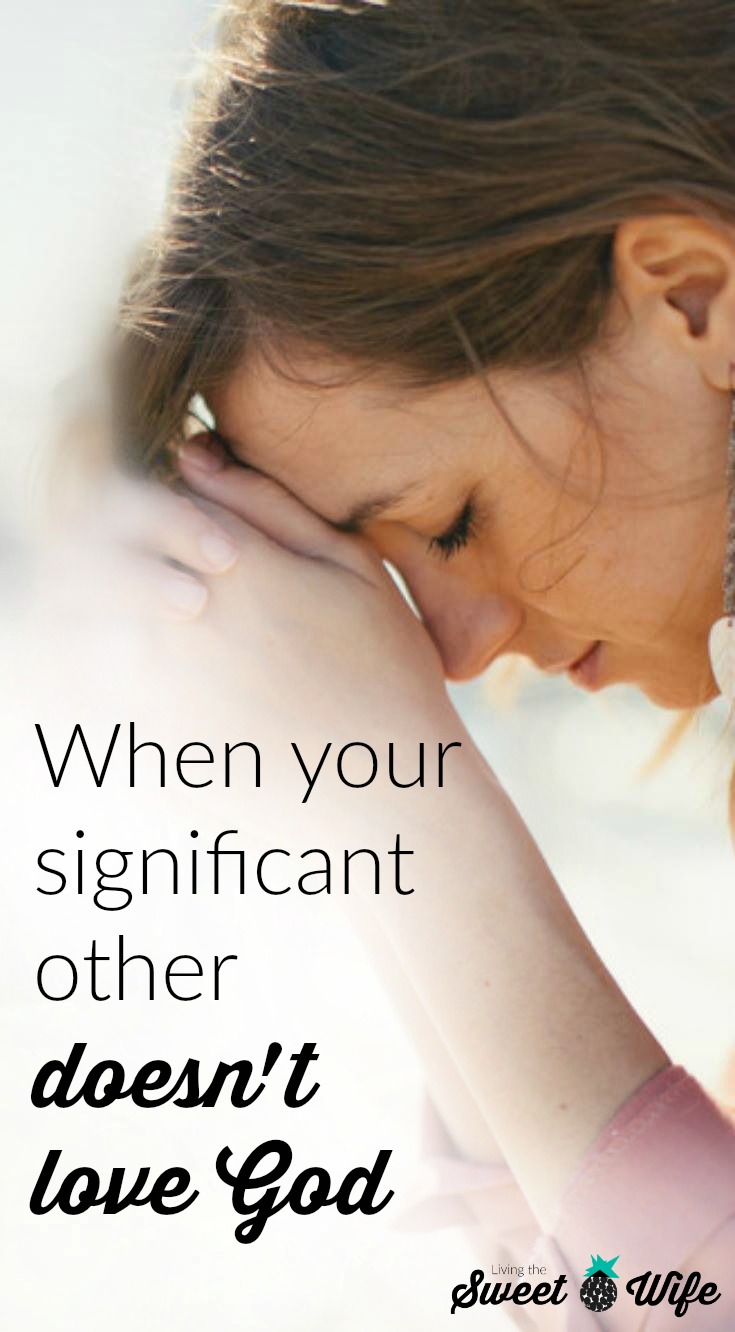 Hey mamas and lovely ladies out there!

I’m going to be honest with you guys. Even though the readership for Living the Sweet Wife has grown tremendously since starting the blog only 8 months ago (and that’s totally because of you guys being awesome and sharing the posts!), it still makes my day to get comments and emails from you all. Seeing comments come in makes me do little happy dances on this side of the internet. Yeah, I’m not cool enough to not care that you find the posts helpful, or that you guys try to help other commenters. I seriously think it’s the best. Starting today I’m creating a new Q&A segment for Living the Sweet Wife! So don’t hold back you guys, let me know what you’ve been feeling lately!

Along with the good comments that come in to LTSW, so do the sad ones. There are a lot of women struggling out there in their relationships; maybe you’re one of them! Well, the other day, Alexis* came to me with a question that was laying heavy on her heart for a while.

*Names are changed because it’s a small world out there. Posted with “Alexis’” permission.

About two years ago, I met John. We were sleeping together and I did not know Christ. He did but he had strayed sometime before meeting me and was a “sleeping” Christian (no pun intended). Somewhere along the line, our relationship got serious and he ended up telling me his testimony and I had a fire set in me for Jesus. About a year into the relationship, I realized the full extent of how wrong it was that we were sleeping and living together. I had to decide whether or not I wanted to marry him or move out. We decided to get married and set the wedding for 6 months out. I woke up one day and had fallen out of love with him. It’s almost like the euphoria had worn off I realized that I never really had much respect for him and I felt like I was settling for someone that was not a real leader in Christ and someone I could not picture having kids with. From the time I had met him, he owned his own business and he had never really fallen in love with Christ again. All of the attempts to honor God (or at least what I thought was honoring God) in our relationship had been initiated by me and he simply went along with them. Keep in mind that I was and still am maturing in Christ and I have obviously made a few big blunders along the way. Fast forward to right now. I have moved out and am living in house with Christian room mates. I felt fine and dandy about my decision to move out and not marry him because I felt like John was holding me back from God and this had been confirmed by my non-Christian mother and one of my very close Christian friends. I don’t feel like I ever asked the question, “what does God think about my decision to move out and not marry him?” Now, here’s my dilemma: were we married in God’s eyes because we had slept together even though I met him when I did not know Jesus? Am I choosing to look at the bad in John instead of loving him with God’s grace and forgiveness. I am starting to realize how ungraceful and unforgiving I really was. It’s almost like the Holy Spirit is convicting me. I don’t really miss John so I know that is not clouding my judgement. Any clarity and advice would be appreciated. I am really wrestling with this one.

I’m so glad you reached out! It sounds like you’re wrestling with a lot.

First of all, I want to tell you that I am so excited that you have found Christ! Not only that but you are trying to honor Him with your life and surrounding yourself with Christian friends. That’s wonderful!

I can relate to your situation a little bit, although it is different because I was a teenager. I grew up in a Christian home and dated a bunch of boys who also grew up in Christian homes. With every single relationship I had before meeting Josh (my husband) we would struggle with being too intimate with each other. And every time I felt God convicting me of our sin and calling me to repent of it and live a life that honored Him again, I would be the one to initiate it, and my boyfriend would drag his feet behind me. And I thought that was ok when I was young.

When I met my husband, I knew he was different. It’s not that he had never struggled with sexual sin before, but what set him apart was his genuine love and passion for Jesus that I had never seen in anyone else I dated. And I knew it had nothing to do with just wanting to keep me around. It was real and it was about God, not anyone else. I am so glad I married a man who genuinely loved Jesus and passionately sought Him on his own without me. And now that we’re married, he seeks Jesus with me.

If you are passionate about living a life that is all about Christ and the gospel, then you’re probably naturally not going to be attracted to people without that passion. You waking up and not being attracted to John anymore is probably the Holy Spirit working to mature you in your faith.

About being married to him in God’s eyes: I think of the passage in John 4 where Jesus is talking to the Samaritan woman at the well. I encourage you to read the whole chapter because it will make more sense in context but here’s a couple verses I want to point out:

“Go call your husband,” He told her, “and come back here.”

“I don’t have a husband,” she answered.

“You have correctly said, ‘I don’t have a husband,’” Jesus said.  “For you’ve had five husbands, and the man you now have is not your husband. What you have said is true.”

“Sir,” the woman replied, “I see that You are a prophet. Our fathers worshiped on this mountain,yet you Jews say that the place to worship is in Jerusalem.”

In verse 18 Jesus tells her that the man she is currently living with is not her husband. This is actually such a great story because in verse 39 we’re told:

So even though the woman had been living in sin, and Jesus called her out on it, he used her and her faith to reach so many people for God!

So no, I don’t believe that God sees you and John as married. Also, it’s very wise to use discernment when choosing a person to marry. Yes, be loving and kind and forgiving to everyone, but that doesn’t mean you need to marry them. After you’re already married, that’s when things change (I cannot stress that enough). That’s when your relationship becomes a picture to the world of Christ’s sacrificial and loving relationship with His Church. I actually just wrote a post on what to do when your Christian husband isn’t honoring Christ not long ago.

I’d be very wary of feelings. God never intended for us to be confused about what His will is. His will for your life is to love Him and run after Him with your whole heart! And when you’re doing that, other decisions won’t be as complicated as they once seemed.

I hope this helps, Alexis. Keep seeking Christ and surrounding yourself with people who also love Him. Have you found a church yet? That’s another great way to get to know other Christians.

Have any of you guys been in similar situations? When I was in high school, I was so lucky to have my youth pastor’s wife love me and pray for me the entire time I was in a relationship that didn’t honor God. Although I didn’t agree with her back then, I’m so thankful she didn’t ever give up on me and showed me love despite my apathetic attitude towards God. Kimberly prayed for me for months and after ignoring her for months, God spoke to me- through her- during a conversation we had late into the night. I realized that God was the most important thing- ever. And if that were true, if I really believed that, I wouldn’t be dating someone who didn’t feel the same way. It would just be impossible to have the same intimacy that I wanted in a relationship that had such an extremely different worldview and goal for their life.

As we see here, if Alexis had be married to John, my advice would have been a bit different.

As always ladies, I’d love to hear your own stories in the comments below! Let me know if you’ve found yourself in a similar situation as Alexis, or if you have a friend going through something similar, share the love with them! 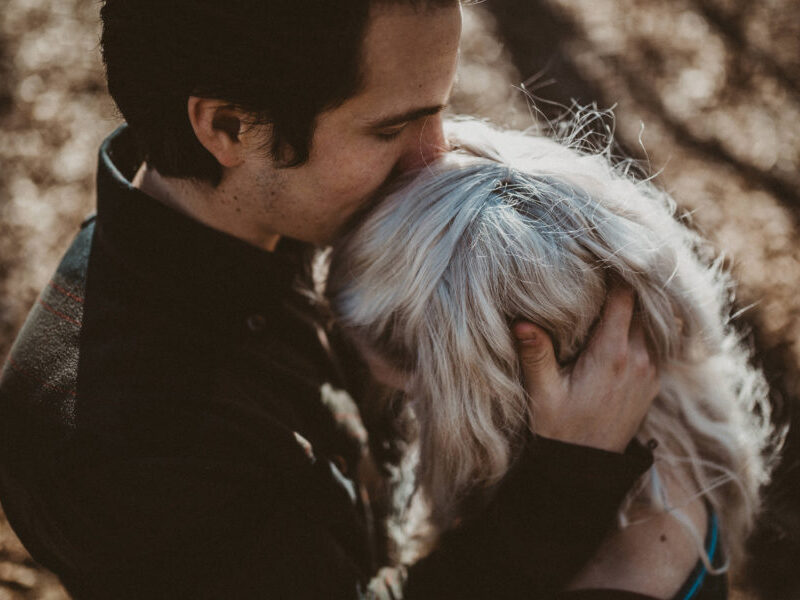 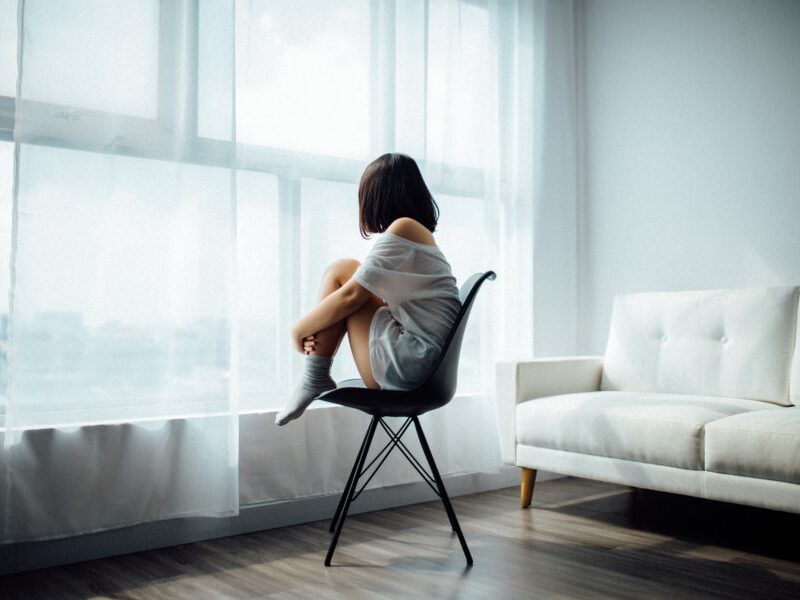